FOR IMMEDIATE RELEASE No. 3016


The modules will be exhibited at major trade shows including MOTORTECH JAPAN 2016 during TECHNO-FRONTIER 2016 in Japan from April 20 to 22, Power Conversion Intelligent Motion (PCIM) Europe 2016 in Nuremberg, Germany, from May 10 to 12, and PCIM Asia 2016 in Shanghai, China, from June 28 to 30. 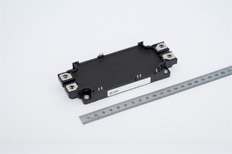 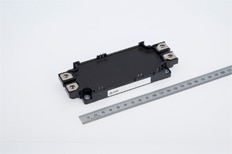 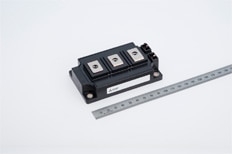 1)
Expanded lineup of 17 models with 1.7kV rating provides for wide range of inverter capacity
-The new models include 12 NX-types (six with solder pin package and six with press fit pin package) with current ratings ranging from 100A - 600A and five standard package models ranging from 75A - 300A.
-Provides for AC690V / DC1000V PV system inverters and wide range of inverter capacity.